In later life BG Windus spent more time with his daughter, Mary, in Rodmell, East Sussex where he eventually went to stay.  Mary's husband, Pierre de Putron, had become Rector of St Peter's Church, Rodmell in 1858.
BG Windus's funeral  is believed to have taken place at Rodmell and he was buried in the churchyard there.
The De Putron family monuments in Rodmell church are situated side by side in the north east part of the churchyard. The older practice is followed, of having the inscription facing away from the grave, so that it can be read without standing on the grave.
The windows by Wailes of Newcastle, were presented to Rodmell church by BG Windus.
The upper part of the East window is by Powell of James Powell and Sons, also known as Whitefriars Glass. 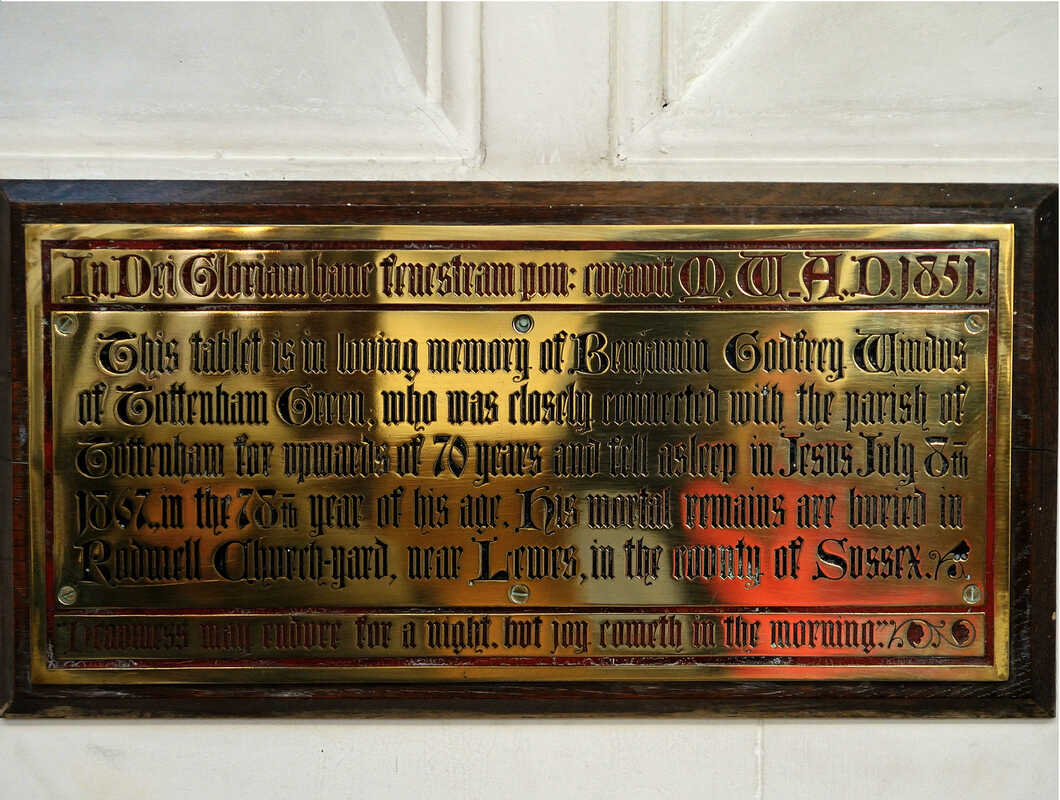 Plaque to BG Windus in Holy Trinity Church, Tottenham Green.
Thank you to Ray Kemp for the photographs of Rodmell.