Charles Heath conceived a series of prints of drawings by JMW Turner, ﻿Picturesque Views in England and Wales﻿, to be published in collaboration with Robert Jennings & Co.
Charles Heath, engraver, illustrator and publisher was one of the most active and influential figures in book production in Britain in the first half of the nineteenth-century. Among his ventures he published anthologies of prose and poetry in publications such as The Keepsake and the Amulet, several of which contained Turner’s watercolours. However despite his entrepreneurial spirit he was not a successful businessman and suffered financial difficulties throughout much of his life. 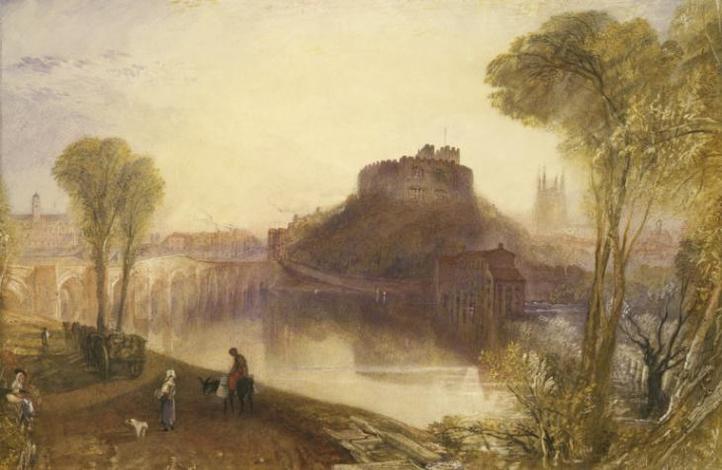 Tamworth Castle, Staffordshire c.1830 now in a Private Collection
Altogether, nineteen engravers were employed on the project, but the series did not sell enough copies and publication was terminated in 1838.  Although not officially declared bankrupt, Charles Heath, was financially ruined and in 1840 sold his own set of proofs at Sotheby’s. The publishers, which by now had evolved into Longmans, put the entire stock up for sale but Turner himself managed to negotiate a private sale buying everything for £3000. These engravings and plates were still in Turner’s London house when he died. 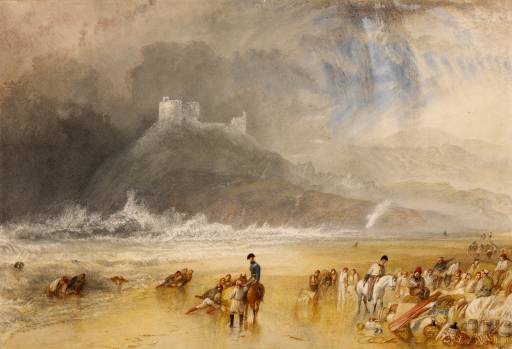 As Luke Hermann has noted:

On the crowded beach in the foreground of the Crickieth a pile of wreckage is being assembled under the supervision of two revenue officers. At one end of this pile there is a cask on which the first letters of Turner’s signature, J. M. W. Tu, are inscribed; at the other is a flat package inscribed C. H., probably standing for Charles Heath. Turner must already have known that their great project was coming to a premature end – Charles Heath had long been in financial trouble and was close to bankruptcy. Thus in this shipwreck scene Turner was symbolizing the collapse of the England and Wales venture, and in its last year only one more part was published, making a total of ninety-six plates instead of the projected 120.

The Art Union, in their obituary of Charles Heath, declared ‘that he has probably created as much work for his professional brethren as any living man’.